The Soul of Man Under Socialism 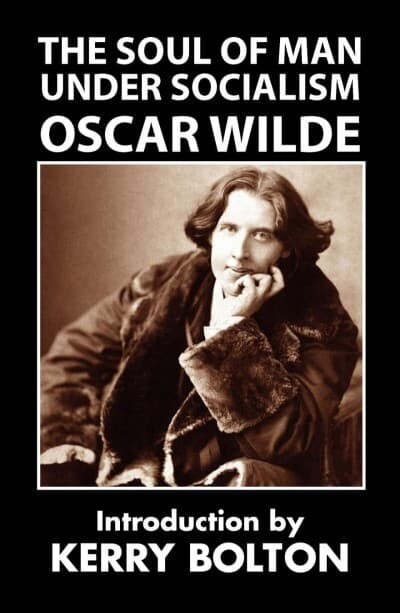 Oscar Wilde, better known as a genius of English literature, was also an avid advocate of ‘socialism’ of an ‘individualistic or ‘anarchist’ variety. However Wilde’s socialism, like his literary genius, was highly original. Wilde was neither a socialist nor an anarchist in the conventional sense, still less what has come today to be regarded as ‘socialism’ or ‘anarchism’.

Wilde was an aesthete, not an economist. Therefore, the socialism he expounded had as its purpose the elevation of the individual to new heights of creativity and culture, rather than as merely a change of ownership of the machinery of production from ‘bourgeoisie’ to ‘proletariat’. The Marxists and most other socialists offer only a mirror image of capitalism. There is no intention of transcending the capitalist ethic but of merely taking it over in the name of the ‘worker’.

Wilde’s socialism sought to get the individual off the economic treadmill, to provide him with the time to stop and appreciate the higher things in life. The aim of this freedom was to bestow the opportunities that would again see the flowering of cultural achievement and appreciation, not just among ‘privileged’ sectors of society, but among all who are capable of allowing their souls to soar above a merely produce-and-consume existence. Wilde’s message of freedom from economic burdens is even more timely.