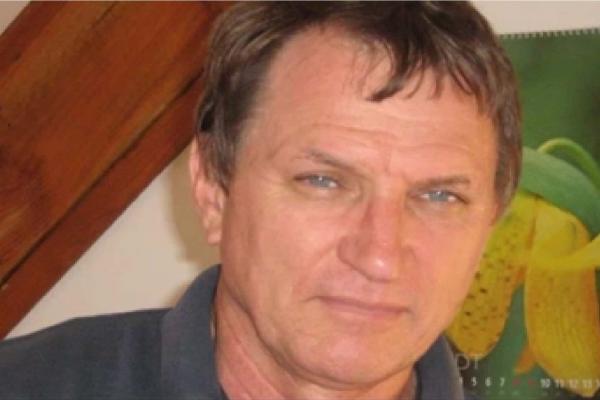 Stephen Mitford Goodson, as his name suggests, was related to the Mitfords of Diana Mosley and Unity fame. Having served on the editorial board of The Barnes Review, he is most remembered by the imbecilic and notably unreliable Wikipedia and other sundry scum as a “holocaust denier” and for being “anti-Semitic” because the entirety of the world is supposed to be Judeocentric. However, Goodson arrived at his conclusions through his academic and professional backgrounds in economics and finance. He was an “outsider” on the “inside,” as it was put in his eulogy after his death on August 4.

Goodson felt a particular sympathy with Czarist Russia and flew the Imperial Russian flag from his home. His leadership of the Abolition of Income Tax and Usury Party, founded in 1994, was a reflection of his commitment to trying to strike at the real source, as distinct from the symptoms, of cultural crises. Although the party is now defunct, its detailed statements on banking and history remain online. He helped with the Ubuntu Party, which was formed in 2012 by the South African author, explorer, and archaeologist, Michael Tellinger. Like the previous party, the primary policy of Ubuntu was the creation of a state bank that would issue usury-free credit. Goodson was second on the list of party candidates in the 2014 elections. While Ubuntu is said to have been inspired by African concepts, Goodson was himself a man of the Right and a defender of the whites in Africa.

Probably his last article for The Barnes Review was “The Genocide of the Boers: A Pictorial History of the Role Rothschild Greed Played in the Crime.” Between 2016 and 2018, two of his books, Hendrik Frensch Verwoerd: South Africa’s Greatest Prime Minister and Rhodesian Prime Minister Ian Smith: The Debunking of a Myth were serialized by the British magazine, Heritage and Destiny. Goodson cited well-placed sources spanning decades, and made a compelling case for Ian Smith having always been a liberal, and for the assassination of Verwoerd as being part of a deeper plot that involved Johannes Vorster. In 2015, he wrote to the Rector of the University of Stellenbosch, opposing a decision to remove a plaque honoring Dr. Verwoerd, who had been a Stellenbosch graduate in sociology and psychology, stating:

“By tampering with our heritage nothing positive will be achieved. Pandering to the politically correct dictates of the liberal left is a soulless exercise which will only make matters worse in the long run, when demands may well be made to abolish Afrikaans as a language of tuition. Dr Verwoerd made a notable contribution to the development of our country. All the people of South Africa experienced an unparalleled period of peace and prosperity, and for that singular accomplishment he deserves recognition.”

Dr. Verwoerd and other Afrikaner Nationalists recognized that international capitalism, headed in South Africa by the Oppenheimer dynasty, was the primary enemy of Afrikaner survival, and Verwoerd was outspoken on Oppenheimer influence. Goodson has stated that in 1990 he met a veteran monetary reformer, Mrs. Judy Wolman, who told him that shortly before Verwoerd’s assassination he had met Mrs. Wolman and discussed the banking system with her, intending to talk further on the issue. In 1964, economist professor Piet Hoek started a report on the political and economic power of Oppenheimer’s Anglo-American Corporation, which Verwoerd intended tabling to Parliament. His assassination in 1966 prevented this. The report was given instead to Verwoerd’s successor, Vorster, and was never heard of again.

Goodson studied economics and law at the University of Stellenbosch and the University of Ghent. He managed investment portfolios for financial institutions. Between 2003 and 2012, he served as an elected member of the Board of the South African Reserve Bank. A critic of corruption and ineptitude at the Bank, he withstood immense pressure and efforts to remove him from the Board, but maintained his position until near the end of his third term (the maximum permitted).

In 2014, Black House Publishing issued Goodson’s A History of Central Banking & the Enslavement of Mankind. Goodson’s book traces the development of usury from ancient times to the present, and includes examples of those states that resisted international finance using alternative banking and credit systems. While these examples included the state banks of Australia and Czarist Russia, the Guernsey experiment, the theories of C. H. Douglas and Professor Irving Fisher, and others, that Goodson also had the intellectual honesty to include the banking systems of Axis Germany, Italy, and Japan was more than sufficient to bring opprobrium upon him. Goodson dedicated his book to Knut Hamsun, “a beacon of light and hope of the natural world order.” In an article on Hamsun, Goodson compared the situation of multicultural Norway today with that of Hamsun’s time, and wondered whether Hamsun and Quisling had been right, noting the role played by Norway’s government in opposing Apartheid:

Finally, we may contemplate Norway’s evolution during the sixty years since Hamsun’s death. Norway has one of the highest concentrations of foreigners in Europe at 601,000 or 12.2% out of a total population of 4.9 million. This is illustrated by the fact that currently 28% of births in Oslo are non-European and that the most common first name given to newborns is Mohammed. Today Islam is the second most popular religion (3.9%).

Norway was one of the more prominent critics of White South Africa’s policy of separate development, which had been successfully applied until the murder of Prime Minister Dr. Hendrik Verwoerd on September 6, 1966 at the behest of international bankers. Today Norway has multi-racial problems of a seemingly intractable nature.

The Foreword to A History of Central Banking was written by Prince Mangosuthu Buthelezi, Member of Parliament and head of the Inkatha Freedom Party, a notable leader of the Zulu, who has had a very stormy relationship with the African National Congress. What is particularly interesting is that Buthelezi comments in his Foreword that he and his party have advocated “that South Africa should reform its central banking and monetary system, even if it means placing our country out of step with iniquitous world standards.”

Also in 2014, Black House published Goodson’s Inside the South African Reserve Bank, dedicated to Czar Alexander II, who established the Russian state bank in 1860. Goodson traces the history of the Bank as a mechanism of international finance, like other central banks, but which were incorrectly assumed to be servants of the state, and hence “the people,” as well as efforts by both Nationalist and allied Labour politicians to assure that a central bank would be under state supervision. What makes Inside the South African Reserve Bank particularly unique is that Goodson includes draft acts for the issue of state credit. As an elected representative of the Bank’s shareholders, Goodson put forward numerous resolutions confronting the ineptitude and corruption within the Bank. In 2012, Goodson was suspended from the Board several months short of his final term, and there were attempts to prevent him from speaking with the news media even about non-Bank matters. Several months later, Goodson was smeared by the news media as a “holocaust denier.”

Goodson’s specific proposals drew outrage in 2017, when it was found that they had been adopted by the “Public Protector,” Busisiwe Joyce Mkhwebane, in her report on a banking scandal involving the private sector and the Reserve Bank. She proposed changes to the Reserve Bank after meeting Goodson for two hours, having read Inside the South African Reserve Bank. During the meeting, Goodson provided advice on how the Reserve Bank could fulfill its function in issuing state credit. At the time, Goodson also gave her A History of Central Banking, which she described on her Facebook page as “a must-read book.” Goodson was again smeared by the news media. The Jewish lobby’s outrage was prompt, with the characterization of Goodson’s books such that one might wonder whether these Jews have a collective narcissistic personality disorder in yearning to see a focus on them even when it is not present. Certainly, in neither of Goodson’s two books on banking is there a preoccupation with “Jews” per se.

In 2015, there were attempts by the Reserve Bank to prosecute Goodson for Inside the Reserve Bank for supposedly divulging business secrets. Goodson reacted with vigor, and his questioning of Colonel Schilz of the Criminal Priority Investigation Unit is a delight. “Is it a crime to expose crime?” demanded Goodson, Schilz conceding that it is not.

What a loss Stephen Goodson’s premature passing is to the fight against mammon. Nevertheless, his books and articles will offer a legacy to future generations. In the eulogy at his funeral, Dr. Peter Hammond of the Livingstone Fellowship stated :

“Stephen Mitford Goodson was a remarkable economist, Reformer, researcher and author. Stephen provided a tremendous service for future freedom and prosperity by lifting the veil of secrecy of so many facts and facets of the history of central banking and the enslavement of mankind. His explosive Inside the South African Reserve Bank – Its Origins and Secrets Exposed, placed him in the forefront of courageous resistance to the banksters and their globalist agenda. He believed that “Truth Conquers.”