Russia and the Fight Against Globalisation 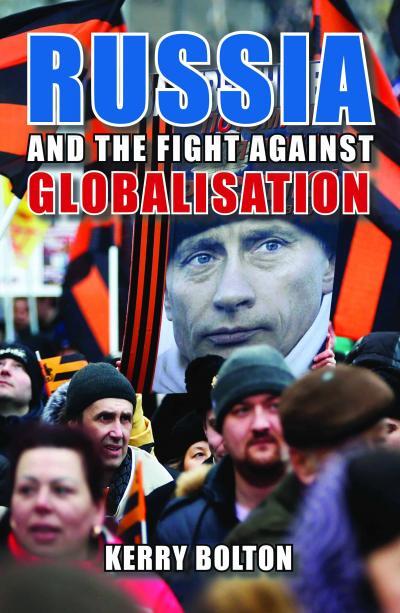 Distance enables perspective. And the best examples of this are the works of Kerry Bolton, on Russian history, politics, philosophy, economics etc. Being a follower of Oswald Spengler, Bolton builds his conception of Russia and the Russian Imperial Nation as the great positive factor in a thousand-years` struggle within Humanity between Creators and Destroyers, with the implications for the Future of Mankind.

One of the most remarkable intellectual achievements of Bolton is his understanding of Russian History in its continuity. Here he confronts those who see the USSR as anti-Russia per se and the entire Soviet period as a radical break from normal historical evolution. While others in quite primitive manner always insisted that the Soviet Union was a bloody occupation of Russia by the International Communism, Bolton solves the problem in a much more sophisticated (and scientifically correct) way, invoking the topic of “National Bolshevism” and considering the politics of Iosif Stalin and his faction inside the Soviet regime as a real National Counter-Revolution against the cosmopolitan Bolshevism of Trotsky and the “ Leninists”. – Alexander Mezentsev , research analyst, Ossetia

Solzhenitsyn once said that in order to see Russia in a proper prospective and in all its magnitude, one has to remove oneself to the Moon. Short of that, New Zealand will do. So: congratulations on writing such a favorable, generous, well researched and, generally, perceptive book about Russia vis-a-vis the West. Perhaps, your view is too favorable because your praise might make her too complacent. In any case, a good reader might re-evaluate the global situation and, at least, give Russia the benefit of doubt before confining her to the dust-bin of history. – Dr. Vladislav Krasnov.