Prussian Socialism and Other Essays 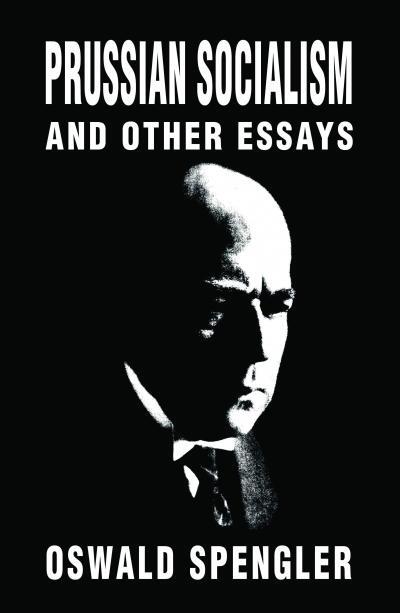 Oswald Spengler, in the aftermath of the Great War, gained international repute as a philosopher-historian whose apparently doom-laden forecast on the eclipse of Western Civilisation, The Decline of The West, struck a chord amidst a period of moral, cultural, social and economic decay, around which swirled increasingly violent forces of Left and Right. Yet if recalled at all today it is as a failed prophet, whose “decline of the West” did not eventuate, and whose forecast of an “age of Caesars” was promptly crushed by the technical power of the plutocratic states combined with the masses of the Red Army over-running Europe.

The optimism of Liberalism from the pre-1914 era was revived in the post-1945 era with the defeat of the Axis, and impelled ever-more with the recent implosion of the Soviet bloc to the extent that Liberal academics predict, to use Dr. Francis Fukuyama’s term, “the end of history”, where humanity has reached the epitome of progress in a world hegemony of capitalist economics and political democracy. However, a deeper perception shows the West is in a terminal state, despite outward appearances of seeming “health” that require an increasingly glossed appearance to hide the sickness.

In this collection of essays, lectures and articles, some rendered in English probably for the first time, Spengler is shown as a key figure in the so-called “German Conservative Revolution”, who energetically promoted his views to a wide public, with particular appeals to youth. He counselled against the unthinking fanaticism of mass movements, and advised that the times required careful deliberation by a new leadership stratum that was up to great tasks.